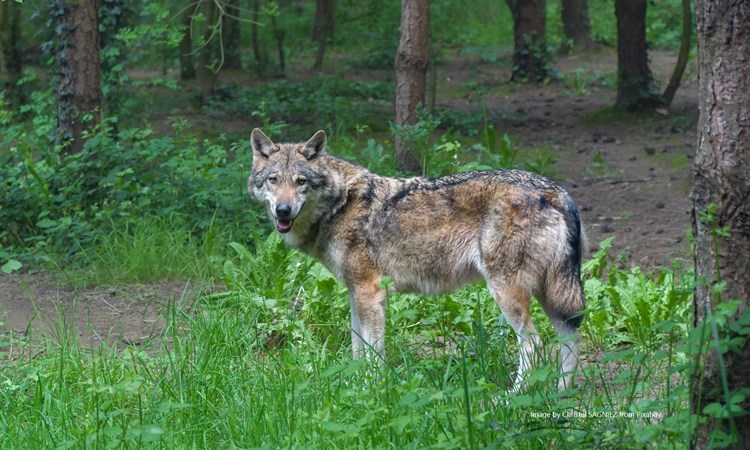 The feeling of climate anxiety is a growing phenomenon. With an increasing concern for the average global temperature reaching 1.5 ˚C above pre-industrial levels, many people worry that we are achieving too little too late. The feeling is prevalent in children and young people, who are set to inherit this problem but currently have little power to help mitigate it. A global survey indicated that 84% of young people were worried about climate change, with 75% agreeing that the future is frightening. Many of the participants of the study explained that they felt a range of emotions including guilt, helplessness, sadness and anger with respect to climate change. However, reading climate success stories has been shown to help combat this anxiety, which is exactly what this article hopes to do. We will explore climate successes for a range of topics including biodiversity, renewable energy and rewilding to help the future seem a little less bleak.

Mr Chrisentus Kuunifaa (Deputy Director of Occupational Health, Safety and Environment) of Bui Power Authority (BPA) spoke at the Implementing Adaptation Strategies Side Event at COP27 of their recent success in building renewable infrastructure in Ghana. BPA’s “business is to decarbonize power generation through the sale of clean and renewable energy” through renewable energy projects such as the 404MW Bui hydro generating station and 200MWp solar plant currently under instillation at Bui and Yendi.

Chrisentus also spoke about BPAs Forest Resources Enhancement Program that aims to promote reforestation and conserve gallery forest within the Black Volta Basin, in order to create more carbon sinks and build climate change resilience as well as “protect the flow of water into our reservoir” and “protect the reservoir shoreline”. This project therefore aims to preserve and create forest that will have environmental and societal benefits as well as protecting the Bui Lake system and ensuring future productivity of the hydroelectric energy in the region.

Chrisentus ended the talk stating that BPA is “committed to supporting Ghana to achieve energy transition to net zero emission”; however,  he noted that all their initiatives are carried out with internally generated funds and they “wish to do more but are constrained by funding”. The issue of climate finance has been a consistent theme throughout COP27, with funds required to aid in the transition to clean energy in the developing world.

Recovery of big carnivores across Europe:

Europe contains five species of large carnivore, including the brown bear, grey wolf, wolverine and two species of lynx (the Eurasian lynx and Iberian lynx). Due to human perceptions and actions Europe’s ‘Big 5’ were historically in decline and locally extinct in multiple countries. However, over the past few decades, carnivore populations and range expansion have increased for all five species across Europe, with multiple big carnivore species currently found in 21 EU countries. The recovery of the grey wolf is perhaps the biggest and most well-known success story. Grey wolf numbers are estimated to have reached 12,000-17,000 individuals in Europe, a 1,800% increase compared to the 1960s.

Changing human perceptions has been one of the most challenging factors facing wolf populations. People are afraid of wolves attacking livestock or humans, although zero fatal wolf attacks have been documented in Europe over the past 20 years. A change in human perception, as well as a decrease in human density in mountainous areas has helped the recovery of grey wolves. Their distribution has extended throughout central Europe and they have been recorded in all continental EU countries. Furthermore, the EU Platform on Coexistence between People and Large Carnivores has recommended practices to minimise conflict between large carnivores and humans such as the use of livestock guard dogs and electric fences.

Saying No to Fossil Fuel

In terms of good news relating to the biggest source of pollution worldwide, oil and gas, there have been some gains since COP26. France has fulfilled one of its commitments from last year’s COP by banning public money from being used to fund international fossil fuel projects. In April 2022, Quebec became the first province in Canada and the world to ban oil and gas exploration. This ban also included a condition that all existing oil and gas drilling sites must shut down within three years.  Following this, in July, Sweden brought into force their own ban on the extraction of coal, oil, and gas in their own territories. We hope that more countries and states will follow their examples.

Though it is not a total ban on extraction and drilling as of September 2022, California has introduced a new ban on approving permits for oil wells within 975 meters of residential neighbourhoods. This bill is intended to create ‘buffer zones’ around homes, hospitals, and schools in the state. Though this is an incredible gain considering the US’s track record of regulating the oil industry is less than stellar, there are already attempts to overturn the bill and others like it from California’s oil and gas lobby. Though the outcome of this effort to overturn the bill is still in the air as of writing this, these efforts by lobbyists are a reminder that once we win a battle to pass meaningful action on climate change, we must still fight to defend it from those that wish to claw back our progress.