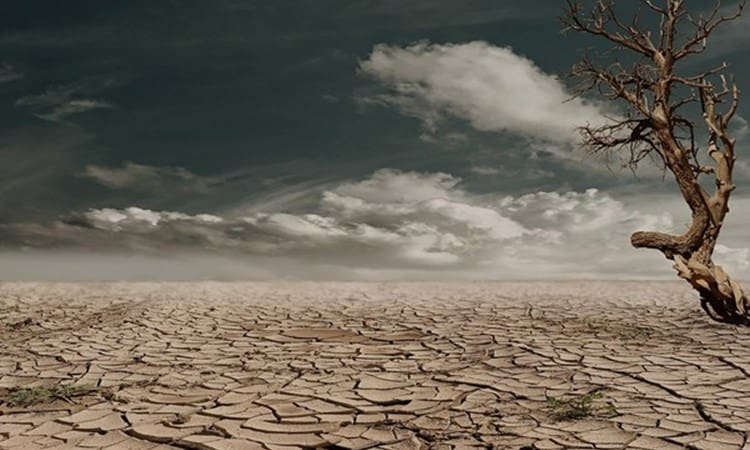 By Sharon Mandipe and Sarah Watson

It has been argued by the United Nations that climate change is primarily a water crisis (UN Water n.d.).

We all felt the effects of the relationship between climate change and water when temperatures topped 40°C for the first time in the UK and exacerbated drought conditions across the country. Britain has a love-hate relationship with the weather, and this is understandable when you consider the fact that having a moan about the temperature is a national pastime. “It’s chucking it down today. That is probably the end of summer now… I am glad that I got the washing in.” To make matter’s even more confusing, we are quick to complain about the heat when temperatures start to rise. Beyond the whinging, frolicking sunbathers, it is important to remember that the heatwaves we saw this year were not quite normal. Rainfall over the winter will not be enough to prevent drought conditions in some areas next year, and reservoir stocks continue to fall at all the sites the Environment Agency reports on (GOV.UK 2022).

Water cycle changes are emerging worldwide. Last year rain fell instead of snow on Greenland’s highest peak for the first time since records began (GEUS 2022). This year, the most severe flooding in Pakistan’s recent history have occurred, leaving 10 million children in need of lifesaving support (UNICEF 2022). All of this while millions in the horn of Africa are facing acute hunger as the region faces one of the worst droughts in recent decades (WHO 2022). Ninety percent of all natural disasters are water-related (Water Aid 2022). If we want to press the breaks on the road to the ‘climate hell’ that UN Secretary-General Guterres warned us about, we will need to stop sweeping water under the rug when it comes to the global climate agenda. Cue the first ever official water day at COP.

This year, COP27 has launched the Action on Water Adaptation and Resilience Initiative (AWARe). It aims to provide adaptation solutions for the people and the planet and will begin with the world’s most vulnerable areas and communities. Their main deliverables focus on reversing the loss of water from land surface, reducing the damage caused by floods and droughts by 50% by 2030 and to increase regional cooperation. On a similar agenda, the African Cities Water Adaptation fund (ACWA) has a crucial aim of obtaining $5billion in funding to implement projects in 100 African cities by 2032, by working with investment partners. With the majority of African cities at risk from water related climate issues, ACWA will help local leaders within these cities to improve knowledge of climate water risks and their associated socioeconomic impacts.

Despite being the first official Water Day, there was not much more on the water agenda for today. It seems to be the obvious point of discussion around climate change that did not quite make the centre stage at COP. And while we heard a great deal about the finance mechanisms being developed to fund water resilience solutions (ACWA) and the launch of a new initiative (AWARe), the voice of countries that withstand the worst of extreme weather has been notably absent. We were hoping to hear more about the problems fuelling this need for adaptation and resilience funding. More importantly, we wanted to hear what these countries thought the most effective solutions for the water scarcity, floods, and droughts they are facing are. More events focussing on this aspect of the climate induced water crisis could not have gone amiss. In the words of Rogier van den Berg, the Acting Global Director for WRI Ross Centre for Sustainable Cities, “Water is homeless, and it deserves a home”.