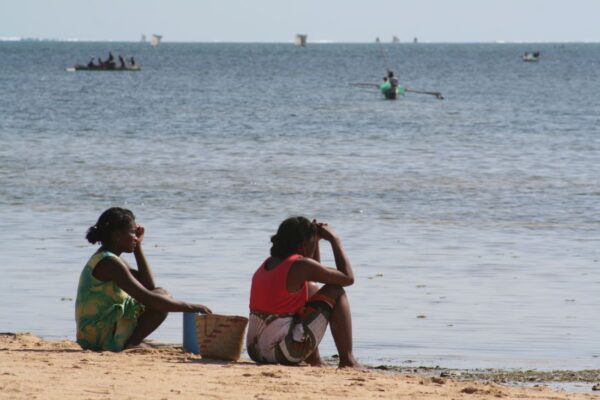 While women are at risk of feeling that they need to stay at home, societal pressures can lead men to take greater risks during a natural disaster

Disclaimer and explanation: This article barely scratches the surface of the topic of gender and climate change, so, having started to write about this topic, I think it deserves more. Given this, over the coming months, I will choose a different aspect of how gender and climate are interconnected to share with you. Each topic will touch on a different aspect of gender arrangements, and how this affects climate change risk.

Although it’s somewhat of a new line of exploration, climate change impacts people differently depending on their gender. Gender is slowly becoming increasingly understood as a vital, cross-cutting, aspect to all human development, and climate change exposure and risk is no different. But, there is still a long way to go.

One of the largest obstacles when trying to evaluate the interaction between climate change and gender is a misunderstanding of what ‘gender’ is. So, let’s start there.

The term ‘gender’ refers to the social constructions and expectations in place that we, based on our gender identity (man, woman, other), are expected to follow, and, as Butler suggests, perform to. This is different to ‘sex’, which refers to biological functions (males and females). Unfortunately, as ‘gender’ has been increasingly mainstreamed, the term has, in many cases, become synonymous with ‘women’. This is problematic for several reasons.

The first – and this is very clear in climate change research – is that equating gender to ‘women’ means that studies only focus on women. This results in large gaps in data collection, with men often being overlooked, and other genders excluded.

Equating gender to ‘women’ presents a fundamental misunderstanding of the complexities of gender. Gender constructions are complex, often sensitive, arrangements between society and individuals. These arrangements have roots in patriarchy, culture and power, and ultimately dictate how genders interact with each other. Equating gender to ‘women’ discredits the complexity of this social dimension.

The misunderstanding means that those individuals and institutions involved in constructing and reinforcing these norms remain unchallenged and unaccountable. Ultimately this results in gender normatives that dictate differences in equality, opportunity and risk not being changed.

There are some really big words and concepts in those sentence (another reason, perhaps, why ‘gender’ is misunderstood.) So, let’s have a look at an example of how these gender constructions affect exposure to climate change.

Looking after the home is seen as women’s job. There have been several studies showing that, in a natural disaster such as a flood, women have felt unable to leave their homes and have therefore been more likely to die in the flood than men. But, there are also studies that show that, because men feel like they have to act ‘manly’, they may take greater risks in such situations and therefore are also likely to die unnecessarily.

It’s a horrible example to think about, but it showcases the harm that such engrained gender normatives can have on both women and men; normatives that are problematic in the face of increased uncertainty and extremes that climate change represents.

The bottom line for this article is that the term ‘gender’ does not equal ‘women’. Going forward, we need to remember this so that we can start to challenge all gender normatives that are harmful for, and place added risk on, all groups of people with similar gender identities.

Dr. Luisa Ciampi is an interdisciplinary research fellow at the Walker Institute and lead co-ordinator of the Walker Academy. Luisa’s PhD focussed on the effects of gender on agricultural extension services in Zimbabwe.