Has COP27 paved the way for a sustainable future, or secured our descent into climate disaster? – COP CAS student blog 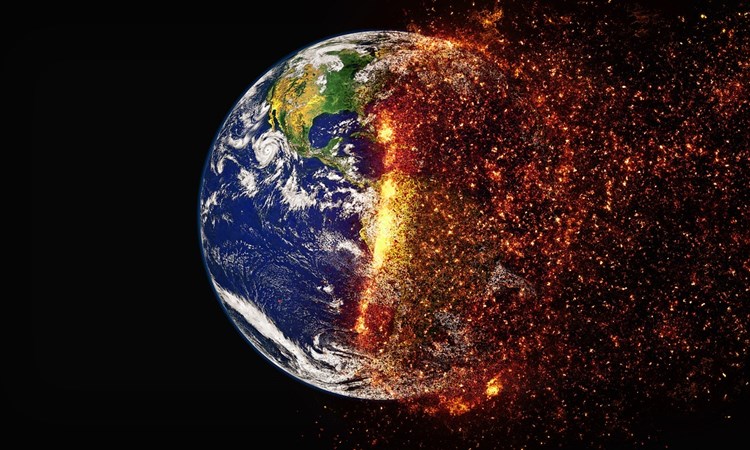 The final negotiations in COP27 are taking place at this moment. In a series of small huddles in a seminar room in Sharm El-Sheikh, delegates debate the final sticking points of the COP27 agreement. But what has been agreed so far, and what is still undecided?

At COP26 in Glasgow, we saw countries commit to yearly updates to increase ambitions in emissions reductions. We saw a call for increased funding for adaptation, and a contentious agreement to phase down (rather than phase out) coal use by 2050. There were pledges to reduce methane use, stop and reverse forest loss by 2050, and halt the sale of new fossil fuel vehicles by 2040. Despite progress on each of the three goals set out by the Paris Climate Agreement, even if all countries achieved all their pledged contributions after COP26, temperature change would be reduced from 3.8°C to 2.4-2.6°C, far from the reduction to 1.5°C required. In addition, one of the main aims of COP26, to commit US$100 billion to developing countries, was not met.

Following limited progress on climate financing at COP26, progress on delivering the US$100 billion to developing countries, and increasing access to climate finance remained a priority heading into COP27. Another key objective of COP27 was to implement the commitment made in Glasgow to place adaptation at the forefront of global climate action. Adequate representation and participation, especially from vulnerable communities, and increased cooperation between governments, private sector and civil sector remains a priority. In light of the gap between pledged emissions reductions and required emissions reductions at the end of COP26, a principal objective of COP27 is to review national commitments to enhance progress towards a 1.5°C target.

A positive outcome of COP27 was the launch of the Sharm el-Sheikh agenda, which sets out 30 Adaptation Outcomes to enhance resilience for climate vulnerable communities. This agenda aims to expand access to clean cooking, increase funding for mangrove protection, and decrease emissions from agriculture whilst increasing yields. Implementation of this agenda will require funding. At the time of writing, pledges to the adaptation fund made during COP27 totalled US$230 million. Even with these pledges, total adaptation funding falls far short of targets to double finance for adaptation between 2019 and 2050.

Following COP26 there was a worldwide call to action, cultivated by the recognition that words alone are not enough. During COP27, The Forest and Climate Leader’s Partnership has been set out to implement the commitment made in Glasgow to halt and reverse forest loss, representing a step forward in actioning climate commitments. This partnership will support indigenous and local community initiatives, enhance incentivization conservation of high-integrity forests, and mobilise funding to support these actions. Of the $12 billion committed to halting deforestation at Glasgow, $2.67 billion has already been spent on projects aiming to conserve and restore the Earth’ forests. Onward monitoring of these projects to assess whether money spent is effective at delivering desired outcomes is required.

With agreements still underway, there is much still to be decided at COP27. Negotiations continue about supporting actions in loss and damage, climate financing goals after 2025, and best ways to improve transparency in financial commitments. Final figures on the changes to national commitments, and on pledges made to support adaptation and resilience in climate vulnerable countries, remain to be decided. Perhaps it is too early to say whether COP27 has been successful or not, but current outcomes suggest a slow trudge towards a just and sustainable climate future, rather than the race we require.