Have we been here before? Loss and Damage: a time travel – COP CAS student blog 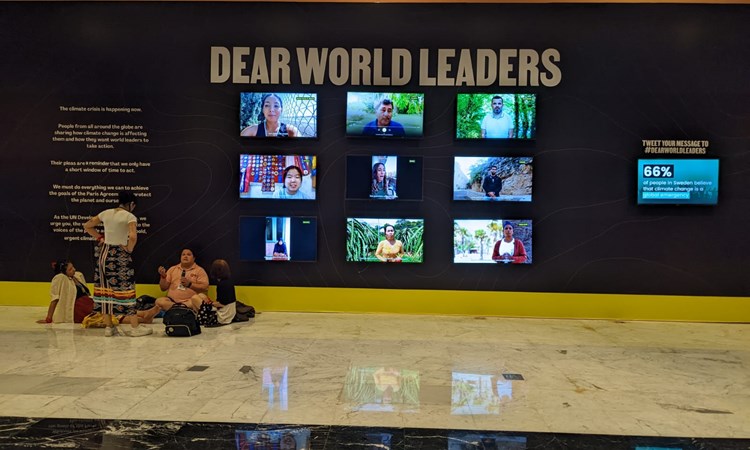 A little over a week into the conference, progress on loss and damage has been discouraging. Robert Muthami, a negotiator from Kenya, updated us on current discussions in the negotiation rooms. It seems that the current best-case scenario – that a funding mechanism is decided on now and operationalised no later than at COP29 – is slipping further out of reach due to blocking by European countries and the US. In addition, the lack of ambition to keep the 1.5°C goal alive is further cementing the need for more funding on adaptation and loss and damage in the future.

Sitting at the COP Climate Action Studio in Reading, listening to Robert Muthami, we fell silent upon hearing this bleak outlook. We also felt a sense of déjà-vu – had we not heard this before? We had the collective sense that the critical issue of finance for loss and damage had already been discussed at climate conferences, even when we were too young to follow them.

To disentangle what had been discussed at previous COPs from what was being discussed now, and to try to understand reasons for the recurrent delay and failure of negotiations, we decided to embark on a journey into the history of the idea of loss and damage. We found that the wording of ‘loss and damage’ was first mentioned in negotiations back in 1991, when the island nation of Vanuatu called for the establishment of a fund to compensate for the detrimental impacts of climate change on small-island nations. Over time, the concept of loss and damage was refined to refer to the destructive impacts of climate change that cannot be adapted to – lives, livelihoods, and entire ways of life permanently lost. It then took sixteen years for the concept to be included in an official UN text for the first time at COP13 in Bali in 2007. Throughout this time, it was primarily vulnerable countries, who were increasingly experiencing the impacts of the crisis, and therefore pushing for the acknowledgement of loss and damage due to climate change.

Confusing? Definitely. Has progress been made? Maybe, but progress that could have already happened has been hindered. The history of loss and damage finance shows how strongly developed countries are attempting to avoid the question of climate justice. But it also shows that it cannot be avoided. Rather than disappearing, the idea of loss and damage is only becoming increasingly relevant and tangible due to the increasing impacts of the climate crisis already being felt around the world. We have been going in circles deciding what it means and who should pay. But only now are we reaching the heart of the issue in our negotiations. COP27 still has the chance to be the place (but only just) where real progress could be made.