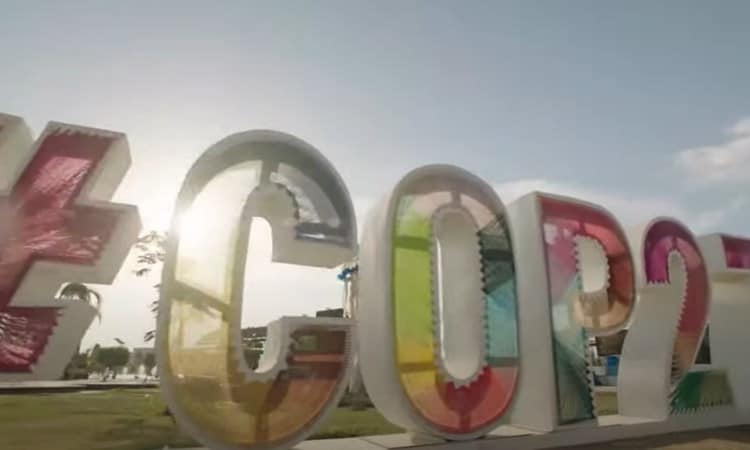 The 27th Conference of Parties (COP) of the United Nations Framework Convention on Climate Change in Sharm El Sheikh, Egypt, has gotten underway today. The conference comes at a time when reports from the World Meteorological Organization (WMO), the United Nations Environment Programme (UNEP), the Lancet journal and the International Energy Agency (IEA) have emerged, outlining the severity and complexity of the problems faced. The intensity of climate change is clear: a recent report from the WMO indicates that the past eight years are on track to be the warmest on record. As a result, one focus for COP27 is the emphasis on implementation of climate agreements, in particular the Paris Agreement (2015) and those decided at the previous COP26 in Glasgow. COP27 therefore emerges in the context of a global climate emergency, with the worst flooding in a decade in Pakistan, a record-breaking heat wave in China and historic droughts in Africa and North America.

The 2022 Lancet Countdown on health and climate change outlines the threat that climate change poses to human health and wellbeing. Rising temperatures contribute to the emergence and spread of infectious diseases, with an increasing number of months becoming suitable for malaria transmission in the highlands of the Americas and Africa. Societal issues, such as the cost of living crisis and the energy crisis compound the risks that climate change poses to both families and economies. Heat waves exert economic impacts, causing the loss of around 470 billion potential labour hours globally in 2021 (equivalent to nearly 1% of global economic output). The most obvious economic damages are those resulting from extreme weather, which caused estimated damage costs of around US$253 billion in 2021. Unavoidable consequences of climate change, such that not even the best adaptation measures can mitigate against them, fall under the umbrella term of “loss and damage” used by COP delegates. Much of the emphasis on loss and damages in COP27 comes from the fact that a disproportionate amount of this damage cost occurs in countries where none of the losses are insured. Climate finance is critical for the survival of many of these developing countries and small island nations. Issues of food security are tightly linked to a changing climate, with the Lancet finding that 98 million more people annually reported moderate to severe food insecurity in 2020 than between 1981-2010. On top of this, the energy and cost of living crises are expected to result in an additional 13 million people facing undernutrition in 2022. The report concludes that accelerated climate action is essential to ensure resilient health, food and energy systems. In this way, COP27 could be considered a ‘last hope’ for securing a safe and healthy future for all.

In terms of solutions to the climate crisis, globally the energy sector presents the greatest challenges and opportunities for reducing the carbon dioxide emissions, resulting from electricity generation, heating and transport. As this sector is responsible for nearly ¾ of all greenhouse gas emissions, it is crucial that the issues facing this sector are confronted at COP27. Many of the sector wide challenges are identified in the IAE’s 2022 World Energy Outlook (WEO). While not directly related to climate mitigation, chief among these is the current global energy crisis and price spike, partly caused by Russia’s illegal invasion of Ukraine in February 2022, which has disrupted energy supply and demand and fractured long-standing trading relationships. The WEO finds that 70 million people who have recently gained access to electricity may be unable to afford access to this power with rising prices. Despite this, analysis from this outlook highlights that the energy crisis should not be seen as a setback for efforts to decarbonise the energy system. Instead it should present the opportunity to transition towards cleaner and more secure energy systems globally. The feasibility of this ‘turning point’ has recently been shown by the passing of the Inflation Reduction Act in the United States and REPowerEU in the European Union, amongst other measures. These measures create incentives for the development of renewable wind and solar technologies to tackle the climate crisis while promoting economic growth. The report concludes that this energy transition must be fair and inclusive in ensuring that the economic benefits of utilizing renewable energy are shared widely. The negotiations regarding energy transition at COP27 therefore occur at a critical juncture in the advancement of the energy transition. A choice must be made, between facing deeper and more complex challenges in utilizing rapidly diminishing fossil fuels, or taking the opportunity to vastly accelerate the adoption of cleaner and more equitable renewable energy technologies.

Overall, negotiations at COP27 must prioritize the protection of human health and wellbeing to address the issues presented in the Lancet report. Accelerating the transition towards renewable energy technologies could be one avenue for achieving this, as long as the benefits facilitated by this are distributed equally, as highlighted in the WEO report. The negotiations on loss and damage, as well as delivering finance for adaptation, are the other side of the same coin when it comes to protect human lives. The actors at COP27 therefore have a great responsibility in shaping the future which we will inhabit.