Should Africa stall its growth as we push for net zero by 2050? – COP CAS student blog 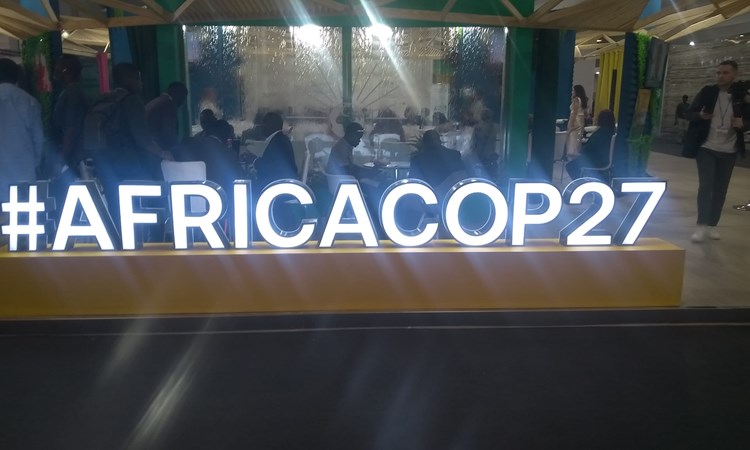 History made it clear that the developed worlds of today started and sustained their growth with coal and are the largest contributors of global fossil fuel emission to the atmosphere. When you walk through the cities of America and you see the good roads, the upper and lower ground rail systems, the complex infrastructure: you can tell why the environment is reacting today.

Can we agree that there was a trade-off, and the developed economies preferred economic development to a sustainable environment? Well, the question would then be, “Who is mostly impacted by their aggressive economic development?” Yes, Poor countries are largely paying the price: especially African countries, who are now terribly affected by droughts, floods, and other harsh weather conditions.

Nigeria was worst hit in 2022, as it faced severe floods causing the loss of over 600 lives, the displacement of over 1,300,000 people and the loss of over 10,000 acres of rice farmland by Olam farms alone. This is the tip of the iceberg, to use a paradoxical metaphor.

The global conversation being held at COP27 in Egypt points to net-zero, which typically sets out to fulfil the terms of the Paris Agreement: reducing emissions by 45% by 2030 and reaching net zero by 2050 to ultimately contain global temperature rises to 1.5°C above pre-industrial levels.

Beyond reducing global temperature, net-zero seeks to transition to renewable energy and replace energy sources like gas, oil, and polluting coal, with energy from wind, the sun and other natural sources. This is key to bringing down global emissions. However, it is important to note that it would be unfair to stunt the growth of developing countries in the quest for carbon sequestration.

I believe strongly that the focus of COP27 and all climate actions should be centred on the payment of “losses and damages” by developed to developing countries, enabling them to achieve massive economic growth and ultimately help them build adaptable and resilient economies.

Developing countries have incurred losses to a substantial part of their GDP due to fossil fuel emissions by developed countries. According to Reuters, “A June report by 55 vulnerable countries estimated their combined climate-linked losses over the last two decades totalled about $525 billion, or about 20% of their collective GDP”. With this level of losses, you would imagine that the Glasgow Climate Pact of COP26 would receive prompt attention. However, year-on-year, world leaders have failed consistently to deliver on the $100 billion dollars climate finance fund.

The ongoing COP27 in Egypt must address the commitment of leaders to paying up and dutifully implementing the newly proposed special Losses and Damages Fund, ‘Global Shield’, which should receive global commitment. The world will know peace and prosperity when the big brothers (world leaders) support the growth of their younger brothers (developing economies).